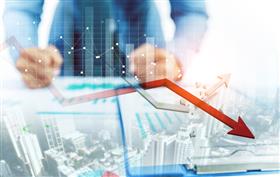 New Orleans, LA, USA, June 10, 2019 -- Records provided by the Orleans Parish Communication District, which runs the city’s 911 call center, show that since the January merger of 911 and 311 — the city’s general non-emergency service and complaint line — some 911 callers are waiting longer for call-takers to pick up. And increasing numbers of emergency callers have been hanging up without speaking to a 911 operator.

In a phone interview, Communication District Executive Director Tyrell Morris acknowledged that the addition of tens of thousands of 311 calls — complaints about things like garbage service, broken streetlights and drainage — has had an effect on 911 call answering times.

"It’s an impact that we anticipated for and planned for," Morris said.

He added that the agency will soon add new staff from an academy class, with another class set to begin in the next several months. And he said city’s 911 call-takers are still meeting or exceeding national 911 service standards

The city and the Communication District merged 911 and 311 in January, training all emergency call-takers to handle 311 calls as well. The move, proposed by Mayor LaToya Cantrell as part of her 2019 budget, allowed the 311 phone service — formerly open during City Hall business hours — to operate 24 hours a day. Consolidating the services also meant that the city wouldn’t have to pay for a separate 311 call center, a $900,000 annual savings, Cantrell said.

But late last month, the state Attorney General’s Office issued an opinion questioning the legality of the arrangement. Because the Communication District was created primarily to administer an emergency number and assist the police department, fire department and city EMS, "it is likely improper for a communications district to administer a number for residents to call regarding local governmental information," the opinion said.

Cantrell’s office did not respond to a request for comment on this story.

The use of the 911 call center for large numbers of non-emergency calls has come under scrutiny in the past. In 2013, The Lens reported that up to 12 percent of calls coming into the center were from police officers doing required check-ins during off-duty details.

"It’s disturbing that 911 is being used for anything else than 911," then-City Councilwoman Cynthia Hedge-Morrell said the following year in reference to the paid-detail call traffic.

Previously, in 2012, a consulting firm hired by the Communication District recommended that the call center "work toward removing non-emergency duties from communication staff, such as paid detail calls."

"The impact on the overall workload of the center is significant," a report by the firm said. "The handling of these calls detracts from the primary purpose of the [public safety answering point] of processing emergency calls."

But monthly reports on call traffic, provided by the Communication District in response to a public records request, show that the center is receiving far more 311 calls per month than it previously got from police officers working details. The Lens reported that paid detail check-ins accounted for about 8,000 calls per month in late 2012 and early 2013.

But Communication District employees have taken between about 15,000 and 20,000 311 calls every month since January, about a quarter of the total calls included in the reports the agency provided. At the same time, 911 performance has declined.

While Morris said that 311 traffic has had an effect on 911 answering times, "We did not believe it was going to drop us below the national standards. And it has not."

Over the past several years, the agency’s most commonly cited goal has been to meet an industry standard of answering 95 percent of emergency calls in 15 seconds or less. The Communication District does not include hang-ups, or abandoned calls, as part of this measurement. The reports provided show that it has met, and in most cases exceeded, that goal every month since May 2018 except for April and May, when it was very close, at 94.6 percent and 94.5 percent, respectively.

A separate standard it uses calls for 90 percent of emergency calls in 10 seconds or less. The Communication District has exceeded that goal in every month since December. (Data on call answering times of 10 seconds or under is not included for the earlier months.)

Meanwhile, the number of hang-ups, or abandoned calls, has gone up, from just under 5 percent of emergency traffic in May last year, to 6.2 percent in April and 5.9 percent in May.

Morris noted that the vast majority of those abandoned calls — before and after the merger — rang for two seconds or less before a hang-up or disconnection. Many were likely accidental calls.

In spite of the recent drop in performance, the call center still appears to be performing better than it was just a few years ago. The agency was its mark about 80 percent of the time in the spring of 2016. It used a slightly different standard and deducted abandoned calls from its success rate at the time. Even so, the abandonment rate was higher at the time, often accounting for more than 10 percent of emergency call traffic.

Morris said the Communication District will deal with the changes in part with additional staff. An academy class of 10 recruits is set to move from the classroom to its three-month on-the-job training on June 14. And another class will begin will they’re still in training.

He expects to be at full staffing levels — the agency is budgeted for 148 operations positions in its operations division — when those two classes have completed training.

In the meantime, he’s made up for vacancies in the call center with overtime for existing staff.

"But of course that’s not as good as having someone in that seat," Morris said.