News : Redundancies at Call Centres in Wales Because of 'Reduced Demand' for Sky 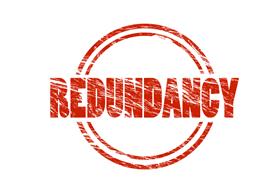 Cardiff, Wales, April 10, 2018 -- A number of people are being made redundant at two call centres in Wales because of a "reduced demand" for Sky .

Sky uses outsource partner Firstsource Solutions UK which is making the redundancies at two offices in Cardiff because of "reduced customer demand".

The staff affected work from offices in Cardiff Bay and Oakleigh House on St Andrew’s Place and are believed to be based in human resources, quality control, training and recruitment. They also include senior managers and team leaders.

Firstsource would not confirm how many people were affected but an employee, who did not want to be named, believed it to be around 30 people.

A spokesperson for Firstsource said: "We are consulting with a small number of support staff in Cardiff as a result of reduced customer demand.

"As the consultation process is currently taking place, we are unable to comment further at this stage."

The employee said: "Everyone is gutted. It wasn’t as if people weren’t expecting it but it is still a shock when it happens.

"Everyone is on edge. Some people have reacted quite negatively and some people are upset.

"We don’t know if there will be more redundancies at this stage."

In January last year, Firstsource signed a 10 year deal with Sky to expand its existing partnership.

Speaking at the time, it said the expanded partnership would see 1,200 people employed in addition to the existing 4,000 people working on behalf of Sky.

Sky is Europe's leading entertainment company. The group serves 21 million customers across five countries: Italy, Germany, Austria, the UK and Ireland. Sky has annual revenues of over £11 billion and is Europe's leading investor in television content with a combined programming budget of over £4.6 billion. The company employs 31,000 people and is listed on the London Stock Exchange (SKY).