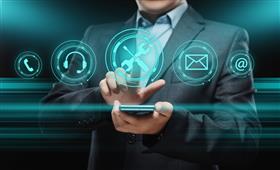 Scottsdale, AZ, USA, April 10, 2019 -- Reinvent Telecom, a provider of private-labeled unified communications and contact center as a service solutions, has launched a Bring Your Own Carrier (BYOC) program that enables its wholesale partners to use third-party origination and termination carriers with Reinvent’s UCaaS and CCaaS platform.

BYOC, also known as BYOT, or Bring Your Own Telecom, essentially unbundles the telephony platform from the connectivity services.

"A lot of hosted providers have long-held relationships with bandwidth providers like Bandwidth.com, Inteliquent or Peerless to deliver VoIP services from their own softswitches, but they need a more advanced platform to deliver UC services," said David Ansehl, director of wholesale channel for Reinvent. "Our solution gives them the platform upgrade they need, so they can compete with the RingCentrals and 8x8s of the world without having to change their carrier relationships."

Before discovering Reinvent, Shalom Moskowitz, CEO of Expectel, said his communications company was outgrowing its hosted PBX platform. Expectel’s platform needed to handle a greater volume of customers. And, it needed to be easier to support, rather than bogging down the company’s techs with upgrades and maintenance.

"It’s hard to grow a company under those conditions, so I was shopping for systems, but they would have cost hundreds of thousands of dollars," Moskowitz said. "Additionally, after asking the vendors some tough questions, I learned that their systems weren’t redundant and robust enough for our needs."

Moskowitz then explored a few wholesale service options, which turned out to be very expensive and didn’t allow Expectel to bring its own carriers. "That was a deal breaker because we maintain our own softswitches, and we have carrier relationships and loyalties that I don’t want to disrupt," he said.

After searching for a solution for 18 months and considering many different companies and platforms, Moskowitz concluded that Reinvent had the right solution at the right price. After signing up, the Expectel team visited Reinvent’s headquarters to train and collaborate on setting up and fine-tuning order processing for BYOC customers. Following testing and turn-up, Expectel began migrating its customers to Reinvent’s platform.

"I’ve worked with a lot of companies over the years and the way Reinvent and its people operate is unique," added Moskowitz. "They’re nice people, knowledgeable and really accommodating of our needs and challenges, and that really appealed to me. It’s been a refreshing experience and a true partnership."