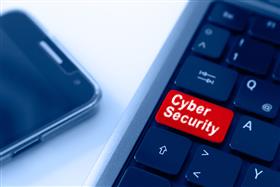 Gurugam, India, Jan 16, 2019 -- Haryana launched a toll-free number for reporting cyber crimes on Tuesday at a summit on "Digital Innovation and Cyber Security" held in the city on Tuesday. The number was announced by state finance minister Captain Abhimanyu Singh at the Hartron campus.

The state government also launched an e-learning portal, HaryanaISMO.gov.in, aimed at providing information on the ways of securing oneself against cyber threats and keeping children safe. Anyone can log into the portal and avail information.

"As children use mobile phones and internet, they need to be educated about how to keep themselves safe from cyber threats. So in the portal, there is a set of questions for students of different classes which they need to answer," said Gupta.

The portal will be introduced in Haryana schools and students successfully completing the modules will be given certificates. Gupta added that it was first time in the country that any state had launched such a portal.

Singh said that technology was intruding into our lives and it was important that governments alerted and safeguarded people against its consequences.

"Nowadays, children are the biggest users of technology and it is important to make them aware of cyber crimes," he added.

The day-long conference saw participation from representatives of the state police of Maharashtra, Puducherry and Indore, along with members of the industry such as Panasonic and HP.

The Digital Investigation Training & Analysis Centre (DITAC) team of Haryana Police was awarded for smart policing initiatives by Elets Technomedia Pvt Ltd. The award was received by IGP (security) Saurabh Singh. The DITAC centre in Gurgaon was launched by chief minister M L Khattar and is equipped with a cyber forensics lab and the latest technology to solve crimes.

Hartron officials said that data theft, ransomware and bank fraud were a major concern for governments across the world and it was important to regularly update governance systems.