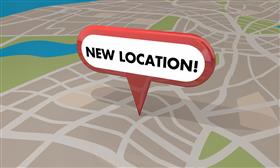 Dallas, TX, USA, July 5, 2018 -- Research Now SSI, a global provider in digital market research data and data services, is resuming call center operations in Davao, Philippines. The company suspended operations there in December following the NCCC Mall fire that claimed the lives of 37 of the company's employees. While planning to resume business operations in Davao, Research Now SSI has continued to provide call center services from its operation in Cebu City, Philippines as well as its other call centers in the United States.

Research Now SSI has leased the space for its new facility and has received an Occupancy Permit from the Philippine Economic Zone Authority (PEZA) and the Office of Building Officials (OBO).

The new location will initially accommodate approximately 300 telephone interviewers in addition to administrative staff. Research Now SSI is reaching out to former employees to reinstate and retrain them. All Research Now SSI employees who were active at the time of the fire will be offered employment. As the company finds the need to hire additional staff, it will give priority to qualified family members of those who perished in the fire. The company anticipates being at 100% occupancy in four to six weeks.

Gary S. Laben, CEO of Research Now SSI, says, "We are gratified to be resuming our call center operations in Davao and are very happy that many of our previous employees will be working with us again. We are committed to them and to the city, and look forward to more productive years in Davao."

Research Now SSI paid the salaries of its surviving employees from the date of the fire, December 23, 2017 to February 28, 2018. Following one month of service for any employees who are rehired, the company will bridge the gap in service by providing them 100% of the salary that they were otherwise unable to earn after March 1.

Research Now SSI is a ag global provider of first-party consumer and professional data based on extensive, proprietary market research panels. Around this core asset of opted-in, managed data, the company has built innovative data services and solutions that bring the voice of the individual to the entire marketing spectrum, from research to marketing to advertising. Research Now SSI serves more than 4,000 market research agencies, media and advertising agencies, consulting and investment firms, and healthcare and corporate customers in the Americas, Europe, and Asia-Pacific.