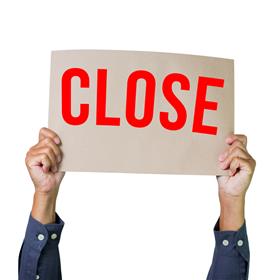 Sarnia, ON, Canada, March, 2019 -- On the eve of its fifth anniversary in Sarnia, the call centre at the research park has announced it’s leaving.

TTEC, formerly known as Atelka, opened in May 2014 and had about 300 full-time employees at its peak.

"One of our client’s programs no longer requires the use of the TTEC facility in Sarnia, so although this location will be closed April 30th, all other TTEC locations across Canada will remain open," Monaghan told BlackburnNews.com.

"There’s 170 employees in this location who are being impacted by the program changes," he said.

Monaghan said employees will continue to be paid during the transition and will receive a letter outlining the specifics of their compensation. He said job placement and career transition services will also be made available to impacted employees.

Monaghan said employees transferring to their other sites is unlikely because their only other Ontario call centre is in Cornwall.

The executive director of the Western Sarnia-Lambton Research Park, Katherine Albion, said while the news is unfortunate, they’ve had strong interest in the park from potential tenants.

"It does provide us with some new opportunities," said Albion. "They have two suites that will be opening up, and we will be looking to continue to provide occupancy and space to new and growing tenants that are aligned with the research park’s mandate and vision."

Albion said about 40,000 square feet is available at the Modeland Road park.

TTEC Holdings, Inc. (NASDAQ: TTEC) is a global customer experience technology and services company focused on the design, implementation and delivery of transformative customer experience. TTEC Digital delivers outcome-based, human-centric, tech-enabled, insight-driven customer experience solutions. Founded in 1982, the Company's 48,700 employees operate on six continents across the globe and live by a set of customer-focused values that guide relationships with clients, their customers and each other.