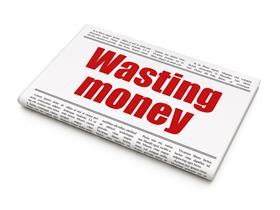 Msunduzi, KwaZulu-Natal, South Africa, Dec, 2017 -- Pietermaritzburg residents say the Msunduzi Municipality’s call centre is simply a "waste of taxpayers’ money" because it is "impossible" for them to get through for assistance.

And when they do finally get through to the call centre, they said they are normally confronted by "lethargic and unhelpful" staff.

Many residents who have had service delivery issues say they have to escalate the problem to their ward councillor — or even by directly phoning Mayor Themba Njilo — in the hope of getting something done.

Usually when residents contact The Witness complaining of problems like water and electricity outages, they say they cannot get through to the call centre to log complaints, and have no option but to involve the media.

A resident who was trying to ascertain how much she owed on her electricity account said that she was unable to get through to the call centre. "It just rings and rings then cuts off. They stopped sending my electricity bill in the mail, so now I don’t know how much I owe. I just need to know what my account is so that I can pay them. Now if I underpay because of this, they’ll cut my lights."

Another said: "[These] issues have been going on ever since the call centre was implemented and there have been hundreds of complaints over the years about the shoddiness, lethargy and inefficiency of the call centre."

Last week, The Witness reported on a few water leaks and burst pipe repairwork. Affected people told the paper at the time that they had faced issues getting through to the call centre.

On Saturday, Weekend Witness reported on prolonged water outages in parts of the Northdale area.

A Northdale resident said: "This is the second time in the last few days [I have had a problem with the call centre]. This should be an all hours accessible number for residents.

"I have expressed these concerns previously with our mayor and deputy mayor in the presence of ward 28 and ward 30 councillors [but] it seems that the media is the only way of getting answers and solutions."

City spokesperson Thobeka Mafumbatha, did not answer a detailed query.