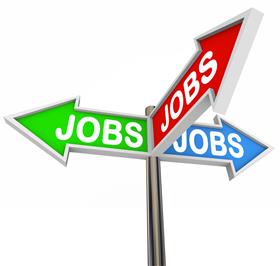 Hammonds of Hull - formerly House of Fraser - is now home to business ResQ.

And the chairman of the outsourced call centre provider has told of his pride at moving in.

Chairman Nick Marshall, together with chief executive Gill Marchbank, established the business 15 years ago, having worked in the sector in London, dealing with financial services.

Launching in his home city with a team of 12, he now has 730 dedicated people working for the telecoms provider alone, with the potential to almost double that and add a second floor to the 33,000 sq ft undertaking understood to be in the offing.

Mr Marshall said: "ResQ is now in a flagship building here in Hull, with Vodafone’s centre of excellence for home broadband - and we’re delighted to be in partnership with the Vodafone team.

"The opportunity to anchor our business in the heart of the city, in this iconic building, means so much to us. I never dreamed when I was dragged up and down the stairs by my mum and grandma that I would be creating a world class contact centre operation in this building - why would you as a seven year old!"

His mother Janet was a special guest as the ladieswear floor of the former department store was revealed, with Hull firms Airco and Chameleon Interiors praised for the fit-out.

Turning to the relationship with the client, Mr Marshall said: "Our partnership started in 2018, with 80 people to support Vodafone’s plans. Everyone at ResQ was over the moon we had been chosen, and that enthusiasm and pride has never waned.

"We started to deliver and secure results and a carrot was dangled to grow from 80 to 600 on the back of continued success and performance. We knew we could deliver the performance, we knew we could hire the people, we just didn’t have the capacity - but we are not shy of a challenge at ResQ.

"We delivered on the 600 people - we have 730 people now working on behalf of Vodafone - 650 agents supported by a further 80 people to deliver performance and quality they have come to expect."

The Hull City Council officer who helped with an initial £7,000 start up loan was invited and praised, and they were joined by Lord Mayor Lynn Petrini, who bestowed a city plaque on the team.

Mr Shaw described Vodafone’s partnership with ResQ as an "incredible journey". He said: "We loved what we saw with ResQ; we saw a great company that puts pride in who they are.

"We’re delighted ResQ chose to partner with us and look after our people and make this place so fantastic. We look forward to many, many years of partnership."

Res-Q was established in 2006 in Kingston upon Hull with the purpose of becoming an outsource service provider.