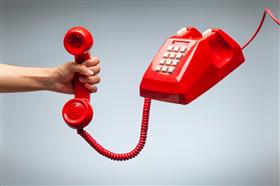 The latest figures released by NHS England show the helpline in the West Midlands sent 21,981 people to A&E in November – 25 per cent of all callers.

The figure represents a huge rise from 16 per cent in November 2014, when 11,626 patients were referred to casualty.

The helplines are run by ambulance trusts, GP surgeries and healthcare firms.

Although the number of callers referred to A&E is rising, Sarah Scobie, Nuffield Trust deputy director of research, said the NHS 111 is being effective at stopping people going to A&E unnecessarily.

She said: "A recent survey of NHS 111 users shows that 15 per cent of callers would have called 999 and almost a third would have gone straight to A&E if it hadn’t been for the NHS 111 service.

"NHS is under immense pressure as winter sets in. NHS 111 can help manage that pressure up to a point."

A spokeswoman for the Health Foundation said: "NHS 111 is experiencing a higher number of calls this year than this time last year and this shows the service remains an important way to manage the sustained pressure the NHS is likely to come under this winter."

Figures released for October reveal patients spent a total of 2,190 days waiting to be discharged or transferred to a different care facility.

In Wolverhampton, Dudley and Sandwell many of the delays were caused by problems with social care, such as setting up community care or special equipment at home.

In Wolverhampton, social care issues accounted for 70 per cent of bed blocking delays, while the figure was 60 per cent in Dudley and 58 per cent in Sandwell.

The rest were caused by problems with the NHS, such as waiting for a bed to open up in a rehabilitation centre or mental health hospital.

In Staffordshire, patients waited the equivalent of 1,814 days to be discharged. Most of these were at the Royal Stoke Hospital.

At Shropshire Community Health Trust in October patients spent 22 days waiting to be transferred or discharged, while at South Staffordshire and Shropshire Healthcare NHS Trust the total was 1,065 days – meaning 34 beds were blocked a day.

The figures for October offer a snapshot of the challenge facing NHS hospitals to discharge patients who may be considered medically fit but who need ongoing care.

A delayed transfer of care happens when a patient remains in a bed after being officially declared safe for transfer by both a doctor and a multidisciplinary team, which could include social or mental health care workers.

Healthcare charity the King’s Fund says the process is sometimes lengthy, and there could be many more people who were safe to leave hospital but had not been officially signed off. Delayed transfers of care have the greatest impact on elderly patients. According to the NHS, for a person over 80 a hospital stay of more than 10 days can lead to 10 years of muscle ageing.

Across England, an average of 4,737 beds a day were blocked in October, representing roughly 4.3 per cent of all occupied beds. The Government’s target is 3.5 per cent. This resulted in a total of 146,861 delayed days, equivalent to just over 400 years of lost time. The national rate peaked in February 2017 at a rate of 6,660 beds per day, but has decreased fairly steadily over the past year.

A report on delivering care for older people released this year by the Care Quality Commission (CQC) highlighted concerns about Government targets for delayed transfers of care. The report, Beyond Barriers, cautioned that trusts focusing on trying to hit government targets might end up delivering lower quality care as a result.

The CQC said that it is recommending a more joined-up approach to health and social care, and performance measures for the care of elderly people.

A CQC spokesman said: "As our report highlights, there is too much ineffective coordination of local health and care services - leading to fragmented care for older people. Our measures would reflect the contribution of all health and care organisations, rather than relying primarily on information collected by acute hospitals."

A spokesman for the NHS said work is ongoing to tackle the issue of bed-blocking, adding: "A growing proportion of people are getting same day emergency care which prevents the need for an overnight stay.

"Hospitals also have freed up an additional 742 beds, by working closely with councils to help more people return home with the right care in place."
Calls to 111 health line continue to rise

It was designed to take the pressure off A&E departments, but today it emerged that more and more callers are being sent to hospitals by NHS 111 handlers.

From 2014 to this year, statistics show an increase of more than 10 per cent in the number of people being urged to seek emergency treatment when they use the 111 service.

And with figures also today showing hospitals struggling to effectively discharge patients who are medically able to leave the ward, it is leading to increased pressure on NHS services.

The situation has led to health bosses looking for other ways to cut down on the strain faced by A&E and the ambulance service, with people being advised to use the 111 app instead of calling the service directly.

More people are also being advised to try and speak to their pharmacist as part of the efforts. Trials first held in London saw people calling 111 being referred to a pharmacist for an appointment rather than a doctor or A&E. The East Midlands is now also taking part in a trial before it spreads other regions including the West Midlands.

Dr Jo O’Leary, who is chair of one of the Midlands’ clinical commissioning groups, which organise NHS services locally, said: "Increased pressures over the Christmas season often lead to longer waiting times at A&E and GP surgeries. Instead of spending your Christmas in a waiting room, we do advise people to call NHS 111 for advice."

Dr O’Leary, who helps organise services in the Telford area, also emphasised that pharmacists could be part of the solution, adding: "People should also not forget their local pharmacist – they are clinically trained experts who give professional advice on a wide range of treatments.

"They also stock a variety of over-the-counter remedies for things like coughs, colds, sore throats and upset stomachs. It’s free and friendly advice, and you don’t need an appointment. Some pharmacies also have private consultation rooms."

The popularity of 111 has been increasing, with July seeing a record 1.1million calls.