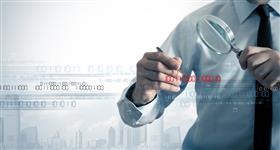 "Data Theorem’s analyzer engine is unique in its ability to deliver continuous, fully automated security for our mobile and API environment, which is very important to us," said Michael Machado, Chief Security Officer for RingCentral. "We want to ensure that our customers are communicating and collaborating in a secure ecosystem, and Data Theorem’s testing of our mobile apps and APIs is an important part of our software security testing program."

Previously RingCentral used pen testing for gauging the security of its mobile apps. As the company’s Unified Communications as a Service (UCaaS) solutions evolved to heavily incorporate mobile applications, RingCentral needed a better solution for its product security activities that delivered scalable, flexible and continuous security testing of its mobile apps. While traditional pen testing is a relevant part of mature software security testing programs, its limitations include being slow and inefficient, and often results in only periodic, point-in-time testing.

"Data Theorem has proven very efficient and accurate in continuous testing of each mobile app release," said Machado. "It is an important component of our secure software development program. In addition to their security testing, which is industry leading, the Data Theorem team is a great partner to work with. They are extremely focused on making their customers successful – and this goes beyond their product, which is itself world class."

"RingCentral is one of the world’s leading providers of enterprise cloud communications and collaboration solutions, and we are pleased to work with them to help identify issues related to privacy and application-layer attacks," said Doug Dooley, Data Theorem COO. "Companies turn to Data Theorem to address threat models related to modern mobile applications with continuous mobile application and API security testing in production environments."

RingCentral is a publicly traded provider of cloud-based phone systems for businesses. It is headquartered in Belmont, California and has offices in Denver, Colorado; Manila, Philippines; Xiamen, China; St. Petersburg, Russia and Odessa Ukraine.