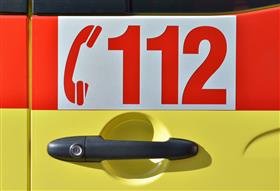 Nagpur, India, Oct 11, 2021 -- On September 27, city police kick started the process to replace the popular ‘100’ with the globally recognized 112 after a long wait as the state faced some hiccups to implement it due to technical and budgetary issues.

With the latest upgrade, the response time of the city police is set to improve by 10 minutes instead of the 25-30 minutes of the past, said city police chief Amitesh Kumar who supervised the historic transition from 100 to 112.

After 112 was introduced, city police have managed to prevent several crimes, attend emergencies promptly and also extend assistance on a quicker note.

Four minors were saved after police received information through 112 since September 27. Also, four kidnapping cases were reported, 27 cases of domestic violence against senior citizens and another 222 incidents of torture of women were reported.

After 112 was introduced, city police have managed to prevent several crimes, attend emergencies promptly and also extend assistance on a quicker note.

Four minors were saved after police received information through 112 since September 27. Also, four kidnapping cases were reported, 27 cases of domestic violence against senior citizens and another 222 incidents of torture of women were reported.

The global emergency number of 100 was being already made obsolete in India in 2019 when the erstwhile Union home minister Rajnath Singh had launched it in several states across India a couple of years back. In 2015, the telecom regulatory authority of India (TRAI) had approved the use of 112 as the universal emergency number.

Kumar said a new command and control centre (CCC) at the control room office was set up where 15 despatchers and one supervisory officer will handle all the 112 related calls.

"Around 40 four-wheelers and 75 two-wheelers were alloted to operate as an emergency response vehicle (ERV) to teach or track down the live location of the caller. Mobile data terminal devices are fitted in all the ERVs (115)," he said.

Calls from 100 are being diverted to 112. "We will now use 100 only when there is any emergency," he said, adding, 112 is technologically more sound and offers multifarious benefits.

The CP said calls are being routed through the central command centre at Navi Mumbai. "If the calls are related to the police then the system tries to locate the vehicle closest to the spot with the help of the mobile data terminal (MDT) and alerts it with the brief details of the call content. The vehicle will reach the caller with a map guiding it and no manual calls for direction and route like in the past," said Kumar.

"The system in place is jurisdiction neutral. The nearest vehicle has to respond and reach the spot irrespective of the jurisdiction whether city or rural or any police station. Cops attending the spot would have to report back to the system regarding action taken," said the CP, adding the process of feedback and its assessment is still in its nascent stage but is developing fast.

The number 112 is pre-configured in mobile phones. "In case of latest handsets or smartphones, pressing the power button thrice would trigger the panic call while in case of older handsets the long press of ‘5’ or ‘9’ would do," he said, adding, 112 India mobile app too can be downloaded.

As per the statistics furnished by city police, 112 numbers received information relating to Covid violations too apart from 260 cases of assaults and another 282 queries regarding public services.

- The Govt of India decided to introduce 112, so that people travelling in other States/UTs don't need to know all local emergency numbers

- You speak the language of the state in which you call. Else, you can provide the necessary information in English/Hindi

- Dial 112 directly from phone
- Press power button on smartphone 3 times quickly to activate panic call
- In case of feature phone, long press ‘5’ or ‘9’ key to activate panic call
- Use 112 India Mobile App (available in Google Playstore and Apple store) to activate a panic call to ERC
- Language will not be a barrier for taking help
- From call taker to police help all event will get recorded in system
- Because of live location of caller/distress person, he/she will get help immediately.
- By dialing single emergency number 112, we will get assistance from police, ambulance, firebrigade.
- Multiplex system, i.e. multiple calls will get handled by the system
- Calls are getting diverted to 112 (except Jiom it will be donew within a week)
- Calls on an average now (Sept 27 to Oct 6) | 140
- Pranks calls/ spams get filtered at PCC(Primary contact center) & SCC(Secondary Contact Center)
- In system currently responce time is set to reduce from 30 min to 10 min
- New Command and Control Center (CCC) set up at CRO, Nagpur, where 15 dispatcher and 1 supervisory officers will independently handle 112 related calls
- Also, 40 four-wheelers & 75 two-wheeler to work as ERV (Emergency responce vehicle), provided with Mobile Data Terminal devices. Highly dedicated MPLS line used

As all calls from 100 are diverted to 112, no need of 100 system installed at CRO. Will be used in case of emergency