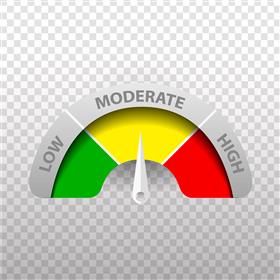 South Yorkshire, UK, June, 2018 -- South Yorkshire’s police ‘call centre’ has been downgraded from a ‘red’ to an ‘amber’ risk for the force – despite being weeks away from a newly installed IT system being brought into use for the first time.

The force has a risk register to highlight the areas which could cause serious problems so they can be monitored and improved, with the Atlas Court centre in Sheffield having previously featured a ‘red’ rating.

But senior officers believe there has now been enough of an improvement to justify downgrading that rating, even before new computer systems go ‘live’.

They will replace an ageing system which has been blamed for some of the problems at the centre, where people have been complaining for years about huge delays when trying to contact the force on the 101 telephone number.

There have been delays with the new software, which should have been operational already, but a date of June 19 has now been set for the system to go into service.

It should help streamline the system, making it faster and more efficient to deal with callers.

There will also be other ways for people to contact police in future, using online systems, to help take the pressure off call handlers.

Demand has continued to increase in recent years, with an acceptance that it would be too expensive to simply recruit more call handlers to deal with demand.

However, Assistant Chief Constable Tim Forber said major improvements had already been made.

"Atlas Court is in a different place to where it was when I arrived 18 months ago," he said.

"We were at a situation where 18 months or two years ago, police officers were taken off the street for Atlas Court. "It is not in that position at the moment. There are obvious risks with a new IT system. It still has its challenges but is not in the same place it was when it first went on the risk register two years ago."