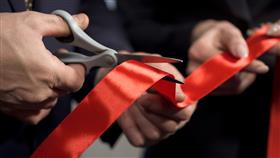 Billings, MT, USA, Dec 5, 2019 -- A Billings call center is celebrating its expansion to 300 local employees in less than a year.

ROI Solutions held a grand opening ribbon cutting on Thursday. Company leader said they held off on the ceremony until they knew it would be successful in Billings.

ROI Solutions started in February with 40 employees. At that point, the company had targeted 200 employees by the end of 2019.

The company is a customer support center and handles calls in Billings or several companies.

"None of this would be possible if the economy wasn't right for us," Ross said. "And the type of employee that we're getting, we hire on any given week, 40 or 50 people. And so half of it is Billings has to be able to sustain that, which it has been able to for us.

And the country’s economy helps ROI.