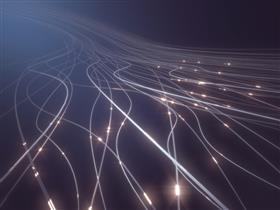 Muzhevo, Russia, March 26, 2019 -- Russian national operator Rostelecom has deployed its GPON network in the settlement of Muzhevo in the Yaroslavl region. The operator deployed 2 km of additional network and plans to cover almost 4,000 households based in villages across the region in the first half of this year. Broadband and IPTV services from the operator will be available there.

Rostelecom has also connected hospitals and outpatient clinics to its broadband services in the Kurgan region, after rolling out another 250 km of fibre-optic lines.

In addition, Rostelecom has started providing its broadband services in the settlement of Sladkovo in the Tyumen region, after deploying 6 km of fibre-optic lines to the settlement. Broadband and IPTV services from the national operator have become available there.

The national operator also connected to its internet services the unit of the local radio-station in the town of Peschanovskoye in the Rostov region, after building a 450-metre local network.

The operator has deployed telecommunications lines to the terminals and connected them to its PBX service. The terminals are currently available in 15 hospitals, and the operator plans to install them in 15 additional hospitals in the region.