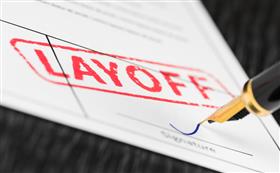 Springfield, OR, USA, Sept, 2018 -- Royal Caribbean has a message for its Springfield call center employees: Their jobs aren’t sailing overseas.

Speculation swirled last week about the loss of up to 700 jobs at the call center, with local television stations reporting that the jobs were expected to be sent to call centers in Jamaica and Guatemala by late next year.

But Royal Caribbean officials pushed back sharply on those reports, stating that it has no plans to lay off any Springfield employees.

"Our Springfield facility is not closing, and layoffs are not in the plan," the company said in a statement. "Several weeks ago, we shared an update with our colleagues about reassigning some call center work to other locations. This will be done over time and only applies to some positions that are vacated by colleagues who decide to retire or leave voluntarily for other reasons. We do not have plans to let go of anyone as it relates to this. We have been in Springfield since 2005, and it is a community we will continue to call home in the future."

Company officials didn’t respond to inquiries about the number of employees currently in Springfield.

Companies with 100 or more employees must file a Worker Adjustment and Retraining Notification with the U.S. Department of Labor if they plan to send American jobs overseas.

No filing has been submitted by Royal Caribbean, said John Asher, rapid response coordinator with the Oregon office of Workforce Investments, which processes the Department of Labor filings for Oregon workers. However, such notices are only required to be filed 60 days before a mass layoff or business closure.

Royal Caribbean employed about 750 people in Springfield in 2015, the last time company officials provided a local employee count. At the time the call center was looking to hire 220 more employees, though it anticipated its Springfield head count to top out at 900 due to retirements and departures.

Royal Caribbean International is a Norwegian and American cruise line brand based in Miami, Florida and owned by Royal Caribbean Cruises Ltd. As of May 2012, with 21 ships in service, it controls a 17 percent share of the world cruise market.