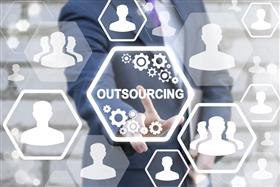 Springfield, OR, USA, Sept, 2018 -- Royal Caribbean is reportedly outsourcing the majority of the employees in its call center in Springfield, Oregon (near Eugene) to Jamaica and Guatemala. Over 700 positions in the Springfield office will apparently be gone by the end of 2019. Employees say that they were forced to sign Non-Disclosure Agreements (NDA’s) prohibiting them from talking about the company’s decision. As one employee who wishes to remain anonymous recently told me, "it’s pretty sad there right now."

Royal Caribbean has operated a call center in the town of Springfield, Oregon since 2006 in a customized office which is designed to look like a cruise ship. As of 2014, Royal Caribbean employed over 700 people and had plans to hire over 200 others there.

Several current employees in Springfield contacted me to discuss the company’s plans. They state that Royal Caribbean plans to outsource 85-90% of its jobs in Springfield to Guatemala and Jamaica. This leaves around 700 U.S. employees without jobs, and the cruise line is not offering severance pay or assistance to most of the employees. All of the employees wish to remain anonymous out of fear that the company will retaliate against them.

The only teams which, reportedly, are being offered to remain employed are "sales" and "outbound sales." However, long term sales agents are not being provided with leads anymore and the cruise line is already outsourcing calls to agents in Guatemala.

One employee told me that "when guests have an issue with their booking and want to speak with a supervisor (escalating to the resolutions department), they will now speak to someone overseas. It seems like for now Royal Caribbean wants their sales agents in the USA to hook the customer and introduce them to the product, but when they call back with an issue they will be routed overseas." She added "good luck getting a refund . . . "

Royal Caribbean is obviously not the first cruise line to outsource services from the U.S. Two year ago, Carnival eliminated 200 positions from its IT departments across its brands, including Carnival Cruise Lines, Holland America Lines and Princess Cruises. Carnival received wide spread criticism when it was revealed that Carnival employees were required to train the "foreign" replacements.

Over the years, there have been several incidents involving mass lay-offs from Royal Caribbean, dating back many years ago with 500 employees losing their jobs, with the last one in 2013 involving around 100 people let go.

As I mentioned before, this appears to be an inevitable part of the "globalization" of the cruise industry. Money saved by the cruise executives in Miami, yes, but at the expense of terminating loyal U.S employees. Not to mention running the risk of demoralizing the remaining staff while offering substandard services.

According to KVAL TV in Eugene, "some of the Springfield employees were used to train workers in Jamaica in April ‘only to realize now that they trained their own replacements.’ The sources have asked not to be identified for fear of repercussions at work."

Royal Caribbean responds by saying that there are allegedly no layoffs currently planned but plans to "reassign some of the jobs to other areas." The employees in Springfield will be "reduced through attrition." A KVAL reporter reported that the cruise line would not provide a time table for the changes and "declined to say where those jobs would be located, and said officials have not decided how many jobs would be moved."

Royal Caribbean International is a Norwegian and American cruise line brand based in Miami, Florida and owned by Royal Caribbean Cruises Ltd. As of May 2012, with 21 ships in service, it controls a 17 percent share of the world cruise market.