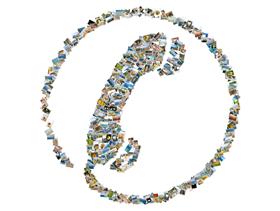 "The number of calls picked up by the Call Center (8009090), which had exceeded two million calls last year, reflects the extent of interaction between the Center and RTA clients whose services, inquiries, suggestions, complaints are quickly responded. Recording such a high number of calls is also indicative of the diverse services provided by the RTA to the public," said Ahmed Mahboub, Executive Director of ustomers Happiness at RTA’s Corporate Administrative Support Services Sector.

"The Call Center has made outstanding achievements underscoring its success. The Centre has launched the e-payment portal through the Interactive Voice Response (IVR) system enabling customers to process their transactions without seeking assistance from phone service staffs. The service was well received by the public as evidenced by the processing of 28,619 transactions in 2018, which compares well with the figure of 16,859 transactions processed in 2017. RTA always seeks to enhance its Third Strategic Goal (People Happiness) and considers it the backbone of its service improvement strategy and the means of delivering them via smart & hi-tech devices," added Mahboub.