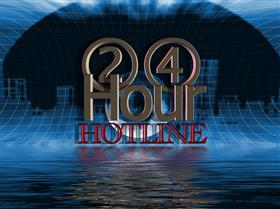 New Delhi, India, Mar, 2022 -- The Indian Embassy in Ukraine said it would continue to function in the country. It also shared the contact details for the stranded Indians who are trying to seek assistance from the embassy. Taking to Twitter, the Embassy wrote, "Embassy of India continues to function and can be contacted through email: consl.kyiv@mea.gov.in and the following 24*7 helpline numbers on WhatsApp for assistance. +380933559958 2. +919205290802 3. +917428022564."

Despite the difficulties caused by the Ukraine crisis, the administration has secured the safe repatriation of around 22,500 Indian people. The bulk of those evacuated as part of Operation Ganga are medical students.

During the weekly briefing of the Ministry of External Affairs (MEA), spokesman Arindam Bagchi reiterated India's position on the Ukraine issue.

"We have been clear and consistent, we feel that the only way out is through diplomacy and dialogue which has been emphasised by Prime Minister Narendra Modi in his conversation with President Putin and President Zelenskyy," he stated.

Bagchi said that India at the United Nations has been highlighting the need to respect the UN charter and the territorial integrity of countries.

On February 24, Russia began a special military operation in Ukraine after the Donetsk and Luhansk people's republics requested help in defending themselves.

Russia has been facing immense pressure from the international community to stop its military operations in Ukraine which has created an immense humanitarian crisis with thousands of refugees from Ukraine fleeing to the neighbouring countries to the West.

Today's Tip of the Day - Empathy