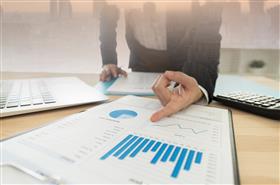 Moscow, Russia, Nov 5, 2018 -- NODA has made public the results of its annual study that looks at the accessibility and service quality of contact centers at Russian banks.

The 2018 research project by NODA, which tested contact center accessibility for inbound calls and their answer quality, covered 128 top Russian banks as ranked by Banki.ru website. The calling campaign was carried out by GRAN, a professional outsourced contact center that operates on NODA Contact Center platform. From September 4 to September 10, about 4,000 test calls were made, 30 calls to each of the banks.

The results show a 6-percent drop in accessibility of contact centers, as compared to the last year's figures. The number of calls handled within a 20-seconds time has shrunk by 20 percent. At the same time, the share of resolved calls, when all the answers to test questions were successfully received, remains high: 96 percent of calls were successful, with 84 percent of first call resolutions. Some test calls were handled by interactive voice bots from beginning to end; at one of the banks, the chatbot managed to handle 9 out of 30 calls.

NODA continuously updates its research methods, adding new topics and fields of study. In 2018, for a more specific service quality assessment, a special question was added that helps to evaluate the speech culture of the agents and the completeness of their answers. The research has shown that in this case, the average FCR rate was 95 percent, which speaks of the contact center employees' high qualifications. Besides, the research paper contains a comparative study of call handling time, when one and the same question was asked during the call.

Just as in 2017, we tested digital communication channels for the availability of webchats, call-back function and click-to-call function. Although today webchats, messengers and social networks are widely spread and used, only a third of the banks under review uses non-voice channels in its customer service. As for chatbots, they are still an experiment and can be found at only 10 percent of contact centers. The agents' capability of e-mailing and texting callers during calls was also studied. We found out that contact centers use e-mails more than texting (27% and 8% accordingly).

This is the sixth annual study of banks’ contact centers carried out by NODA. The results of the study were presented at a business cocktail party held on October 18, 2018 at the Swissotel Krasnye Holmy Moscow.

Noda is a developer of software solutions for BPO and Captive call centers. Ever since 2001, the company has offered its specialized product designed for mid-level and major call centers: Noda Contact Center.