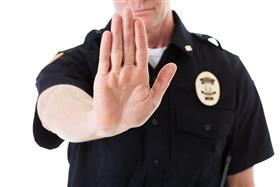 The force said these abuses continue to affect its emergency response services to the people in need, and warned of "legal action to anyone, who will be caught in these cybercrimes and service degradation."

Results from the analysis conducted by the RNP Call Centre from 11-18 October, 2019, establishing types of calls received by the 24/7 Emergency Call Centre, and the magnitude of abuse, which denies services to genuine users;

Out of 192181 total calls received by the Emergency Call Centre in only eight days, 159841 were genuine, while the remaining 32, 340 were neither emergencies nor related to any police related services.

The analysis results indicate that 1092 calls were "insults"; 902 were requesting for music; 8646 were calls by playing children just interrupting the channel; 1526 calls were greetings; 2446 requesting for varied telecommunication services; and 17728 "calls without speaking."

RNP spokesperson, Commissioner of Police (CP) John Bosco Kabera said that many people attempting to access the Emergency Call Centre services are affected by these disruptive and abusive calls.

"Imagine someone calling without any genuine reason… just to insult and abuse a Police officer, who is there to help those in need of varied emergency responses; that big number of children, who use their parents or relatives’ phones making lines busy for no reason, which comes back to the responsibility of parents and guardians to teach these minors on the importance of the Call Centre, when and how to call."

"These are crimes punishable under law No. 24/2016 of 18/06/2016 governing information and communication technologies especially in its article 201, which refers to degradation or denial of services; and article 35 of law No.60/2018 of 22/08/2018 on prevention and punishment of cybercrimes, which gives punishment to anyone who has caused service degradation, failure and interruption,"

Actions under article 35 attracts an imprisonment of between six months and two years, and a fine of between Rwf1 million and Rwf2 million.

"The Emergency Call Centre was established to easy communication between law enforcements and the general public especially in times of disaster and other emergencies. We appeal to the general population to respect these lines, use them only when they are supposed to. Your jokes, insults and misuse of these lines could cost someone’s life; someone’s house, car, business or any other property could burn to ashes; emergency response to an accident could be hampered by these inappropriate calls," CP Kabera emphasized.

CP Kabera noted that as RNP continues to educate the public through media campaigns on effective use of these lines, legal action will also be taken against anyone found abusing them.

"All the calls are recorded and phone numbers of all callers obtained, making it easier to trace the abusers for legal action. We don’t wish to go there though, we need people to be responsive and do away with such uncalled for human behaviours."