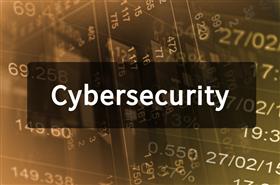 The deal comes at a time where data has become the World's most valuable commodity, surpassing oil and prompting calls for tech titans like Google and Facebook to be broken up as Standard Oil was in the early 20th century.

According to SafeSwiss(R), cyber-attacks and data breaches are at an all-time high and are only set to increase. They say that phishing attacks, identity theft, ransomware and malware have become increasingly common for businesses of all sizes and individual users across the globe. Media reports that data breaches are costing big business big money with Facebook being fined $5 billion for the Cambridge Analytica scandal, the Marriott Hotel group being fined $229 million, British Airways $123 million and French CNIL fining Google a record $50 million for its breach of new EU GDPR laws.

In a joint statement, Secure Swiss Data CEO David Bruno and SafeSwiss(R) Chairman Tim Gallagher confirmed the merger of their companies. They said they were extremely pleased to see the technologies of both companies being bought together.

"This acquisition will undoubtedly go a long way to provide all our users with greater confidence in utilizing a comprehensive end to end encryption suite of communication mediums within a single application," said David Bruno.

SafeSwiss(R) Tim Gallagher said, "Our development team are working diligently to integrate the two technologies, and there is a considerable benefit to unified login and interoperability. Along with the integration, we are working on a host of new features to be released to our worldwide users shortly."

Tim Gallagher went on to say "both companies were deliberate in positioning their business and servers within Switzerland aside from benefiting from international political neutrality provides some unique advantages that can't be found anywhere else as Swiss laws ensure the confidentiality of any data stored by both businesses and individuals."