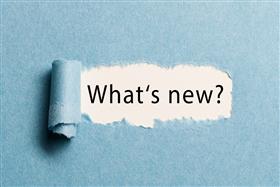 "Sangoma is committed to the Switchvox Unified Communications platform," says Bill Wignall, CEO of Sangoma. "Since the acquisition of Digium, we have invested many resources into making Switchvox an even better solution that provides a greater value to our customer base. It is important for our customers and partners to know that we are dedicated to Switchvox and are relentlessly working to grow the platform, starting with the capabilities added in Switchvox 7. The release includes new features, performance enhancements, and deeper integrations with the D-Series IP phones. We look forward to continuing to enhance Switchvox going forward."

"Digium has been a trusted supplier for years, with the consistency we've come to rely on. The 7.0 release takes the best value in Unified Communications to an even higher level. How can you better all-inclusive software? Add more features and that's exactly what this release has done. This new release reinforces Sangoma's commitment to Switchvox. I look forward to offering Switchvox to our clients for many years to come," said Jim Anderson, President of Unitel Inc.