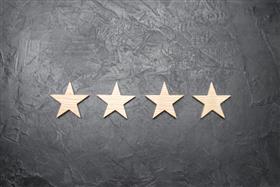 Markham, ON, Canada, Oct. 8, 2019 -- Sangoma Technologies Corporation (TSX VENTURE: STC), a provider in delivering Unified Communications solutions for SMBs, Enterprises, OEMs, and Service Providers, both on-premises and in the cloud, announced that it has received the highest ranking in the Eastern Management Group "2019 SMB SIP Trunking Customer Satisfaction" survey.

"We are extremely proud that an independent analyst identified that Sangoma offers an excellent SIP Trunking service and received the highest possible ranking — four stars — in every customer satisfaction SIP Trunking category", said Jim Machi, VP of Marketing at Sangoma. "It is even more meaningful given that no other vendor received the highest possible ranking in all customer satisfaction categories. SIP Trunking is an important and growing part of our company, sold with many of our various Unified Communications offerings, from FreePBX to PBXact to Switchvox, and we are thrilled that our customers are enjoying an excellent experience with our products".