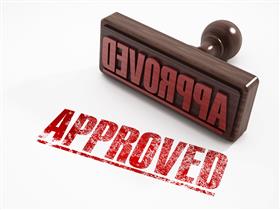 Merseyside, England, Oct, 2019 -- Plans to redevelop a bank's Merseyside base have been given council approval.

It will become the bank's contact centre and UK operations hub from 2022.

Councillor Marion Atkinson said the plans, which also see the creation of a park and new pavilions, were "a huge vote of confidence in the borough".

The new building, which has been designed to be environmentally sustainable, will accommodate sporting and social facilities.

In October 2018, staff gathered at the site to celebrate the 50th anniversary of original occupier GiroBank's 1968 opening.

The bank has been based in Bootle since its 2008 takeover of Alliance & Leicester Commercial Bank, which previously occupied the building.

Its chairwoman Shriti Vadera said Bootle had "been a significant part of Santander's story and we see it as a crucial part of its future".

The Santander Group is a Spanish banking group centered on Banco Santander, S.A. and is the largest bank in the Eurozone by market value. It is one of the largest banks in the world in terms of market capitalisation.