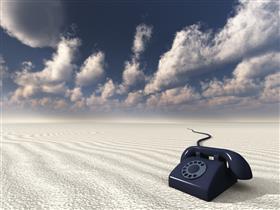 Targets set for South Central Ambulance Service (SCAS) demand that more than 95 per cent of its 111 calls – which are calls made by people with non-life threatening questions – are answered within one minute, but latest figures show one in three calls in the Thames Valley are not picked up within the time targeted.

She said: "It’s a real challenge with regards to the recruitment of the call handlers. We had a deep dive into it last time and they’re in a position whereby the police call handling centre, which is a few hundred yards away from the ambulance trust call centre in Oxford, has a starting salary (for its call handlers) that’s £4,500 more than SCAS.

"The police pay more. Staff can get paid more at Bicester Village and that’s a fact. It’s a real high pressured job with real responsibility. It’s a real challenge and one where I’m not sure if they know what else they can do really."

Ms Simmons told NHS colleagues that SCAS is "forever playing catch up" due to a recruitment process which means staff can leave with four weeks’ notice, despite there being a six week training period for new recruits.

Despite this, a report produced for the CCG claimed SCAS was currently above its recruitment target.

In addition to the call answer figures, more trends disclosed by the CCG showed that in November 2018 seven per cent of people abandoned their calls after they were not picked up within 30 seconds.

NHS bodies across the country have urged poorly residents to use the 111 service rather than the 999 line in recent years in order to free up services for emergency incidents.

Reacting to the figures, Cathy Winfield, chief officer of Berkshire West CCG, said: "This is quite important in the context of the national push for 111 to be the front door of the NHS. That’s only going to work if that is resilient.

"We’re going to have to think about that."

But at a meeting of Berkshire West’s top NHS chiefs, another healthcare boss told colleagues that SCAS was already doing "absolutely everything" to solve its recruitment crisis and that the service would need a "bigger boat" if it was going to be able to get answers 111 calls above target.

A report produced for the health bosses, who met to give an update on the CCG’s work on Tuesday, March 12, outlined that the call answer performance of SCAS remains a "real concern" but that the body’s contract was under review.