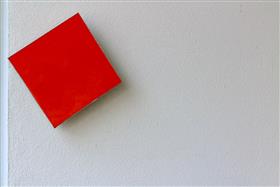 Cape Town, South Africa, April 19, 2018 - Schools do not report incidents to the Safe Schools Call Centre because they fear being red-zoned, according to the National Professional Teachers’ Organisation of SA (Naptosa).

Naptosa spokesperson Riedwan Ahmed said numbers presented in the Western Cape Education Department’s (WCED) Safe Schools project were not a true reflection of what was happening at schools.

"The consensus among our members is that schools don’t report all incidents. The more they call, they risk the chance of being identified as a danger school or red zone. Schools are very hesitant to make the calls," he said.

Ollis said the Call Centre had proved successful, having recorded 1034 cases of crime in the 2017/18 financial year including 27 cases of weapon possession, 214 of gang-related shootings and 595 assault cases.

"There was a 1.6% decrease in crimes reported to the call centre, which also responds to other concerns involving children’s safety including abuse and gang threats, on and off school premises. Between 40 and 75 calls are made daily to the call centre and can be routed to emergency and medical services in an efficient manner," he said.

Jessica Shelver, spokesperson for Schäfer, said the department was aware of the non-reporting. "Without the call centre, we would never have these stats in the first place and would not be able to identify high-risk schools and provide them with support - as we do.

"Some schools do not report, and this was tabled at a Safety at Schools Task Team meeting.

"The matter was addressed and the employer parties (unions) agreed to encourage their memberships to report all incidents to the Safe Schools Call Centre.

"The WCED can only offer support to schools if we are aware of incidents," she said, adding that the department was working on introducing a risk classification tool.

Ollis recommended that the project be spread across all provinces. There is an online petition calling for an urgent interdepartmental response to school violence and unsafe schools. However, Naptosa is calling for the return of the Bambanani programme at schools. Ahmed said cameras installed at some schools could not replace human resources.

"Bambanani was more effective; we need something like that... people who will monitor access control - technology and human resources work hand in hand," said Ahmed. SA Democratic Teachers Union regional spokesperson Jonovan Rustin said the Safe Schools project has had success in providing fencing at more schools. However, he said, it lacked the intelligence to tackle gang violence.

"The project needs to be more proactive in tackling gang violence and get an intelligence arm that notifies schools on incidents that may arise, etc," he said.

Rustin said access control at schools was a constant issue as people could just enter school premises without being searched.

"We need people to search those who enter schools, or even metal detectors, because the dangers pupils face are huge," he said.