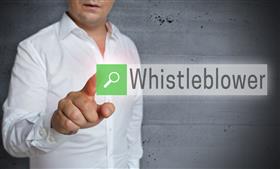 Glasgow, Scotland, July 17, 2017 -- Staff in Scotland’s health service will continue to have access to external support should they have any concerns about patient safety or malpractice, the Scottish government has announced.

The contract for the current service, which is run by the charity Public Concern at Work, has been extended and expanded to include more features, said ministers in a statement.

Under the move, from 1 August, the existing NHS Scotland Confidential Alert Line will be renamed to become the Whistleblowing Alert and Advice Services for NHS Scotland (AALS).

The service will offer support from legally trained advisers and will help callers consider their options if they are unsure about how or whether to whistleblow.

It will also pass concerns raised by staff, with their consent, to the appropriate health board or scrutiny body for further investigation.

Scottish health Secretary Shona Robson said she wanted to support a culture "where speaking up in our NHS is encouraged and welcomed".

"The service has been enhanced to include short films, toolkits and guidance to promote and encourage the kind of supportive environment we want to see, as well as awareness raising and engagement events for all staff, managers and trainees," she said.

She added: "Patient safety is paramount and I want to ensure this service continues to build confidence and trust, with an increased focus on resources and support for staff and managers."

The government noted that the contract has been awarded to the service’s current provider Public Concern at Work following a procurement exercise.

The current NCAL contract with the charity ends on 31 July and will be replaced by the AALS service from 1 August. The new contract will run for one year with the option of a six-month extension.

AALS is part of a wider range of whistleblowing measures including the forthcoming establishment of the new role of the independent national whistleblowing officer for NHS Scotland.

Public Concern at Work chief executive Cathy James said: "We are delighted to retain our contract with NHS Scotland and continue offering whistleblowers advice and support.

"We know it isn’t easy speaking up about concerns, but we want to reassure healthcare workers our legally trained advisers are here to help," she added.