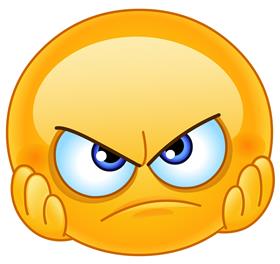 Dublin, Ireland, July 21, 2021 -- A second freephone helpline number has been set up to cater for the high volume of calls over the Digital Covid Certificate (DCC) as people continue to report long delays in getting their calls answered.

On Tuesday, users again complained of being left hours waiting for a response. The Department of Health admitted that many people will have been waiting for 90 minutes or more.

The lengthy queues for the helpline, which is operated by consultancy firm Accenture on behalf of the department, have emerged despite the vast majority of DCCs being issued for those eligible to receive them.

The service is designed to cater for people who have problems with these certs, or who are requesting a so-called "recovery cert" – issued to those who have acquired immunity to Covid-19, having had a confirmed infection in the last six months.

The department said a high volume of calls being received relate to issuing recovery certificates. "Current demand suggest that people are calling that are not due to travel in the short term," it said.

The department said the high volume of calls "coupled with call-line capacity constraints" were causing the delays and this led to the establishment of a second freephone number on Tuesday.

Clare and Tom Sinnott from Cork spent three hours on Tuesday waiting to reach an agent after the second helpline was set up.

"It was a terrible experience. Three hours is completely unacceptable. The helpline was always engaged or rang out. I had to put it on speaker while I went doing other things," said Ms Sinnott. She added that they need their DCCs ahead of a necessary journey to France.

"When I got through, a very pleasant fella gave me a shock. He said our information wasn’t recorded and there was no way we were going to get the certificates this week. He said it was likely because some GPs are very busy and don’t have enough resources to do so."

Dimitry Murzinov was one of whose who contacted the helpline on Monday to get his recovery certificate.

"I found the wait appalling. I started at 8.30 in the morning and after three hours and 25 minutes I managed to get through," he said.

Mr Murzinov has been living and working in Ireland for a year now and was dependent on the certificate to be able to go back to Britain to visit his wife and children, he said.

"That’s why I was so persistent on the call. I said I would wait for four hours and then hang up but I finally got through."

The agent was "very helpful" once Mr Murzinov got through, he said. "It only took five minutes. I was asked some questions and told they would send it out to me."

Other people have reported waits of between two hours and five hours, with some saying they were cut off without speaking to an agent.

There were 1,160 calls "handled" on Monday and more than 1,000 as of 2pm on Tuesday. The emergency line received about 4,000 calls in a single day last week, according to evidence given to the Oireachtas transport committee, with 1,200 continuing to speak to an operator.

The Department of Health did not provide a definition of "handled" when queried. Neither did it respond to queries on how the apparent volume of calls this week is so much lower than those to the emergency helpline that was running last week.

About 130,000 people have been diagnosed with coronavirus in the last six months, making them eligible for a "recovery" DCC. But some will have been vaccinated and many will not have any imminent travel plans.

The Department of Public Expenditure said on Tuesday that certificates had substantially been issued to the more than two million vaccinated people who are eligible to receive them.

"Any backlog of hard copy DCC has now been cleared and 952,000 have been posted; 1.15 million certs have been sent by email. This gives a combined total of 2.1 million. As a result, the vast majority of the approximately 2.3 million people fully vaccinated have been issued a DCC," said a department spokeswoman.

Just a small fraction of the overall eligible population are being asked to obtain their cert through the helpline, along with those who have an issue with the DCC sent to them. Nonetheless, it has struggled badly to meet demand.

Vaccination, infection-acquired immunity along with obtaining a negative test result are the ways in which a DCC can be obtained. The Department of Health asked that only people who are travelling in the very near future call them and said that the contact centre had been created "at exceptional pace to manage the required workflows and communications".

A spokesman said the call centre is dealing with complex queries and is "actively looking at solutions to deal with emerging demands".