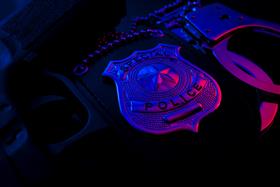 Birmingham, England, March 12, 2019 -- A Birmingham call centre suspected of being behind 'ten million' cold calls has been raided.

The Information Commisioner's Office (ICO) swooped to a tele-marketing business in the city after a year-long investigation into live and automated nuisance calls.

The firm - along with another business in Brighton which was also raided - is suspected of making up to ten million illegal phonecalls to landlines and mobile numbers.

Nearly 600 complaints were made to the ICO about the businesses, but those on the receiving end were unable to trace the calls or opt out of them.

After an extensive investigation, enforcement officers executed the search warrants on Tuesday (March 12).

But the Birmingham location is being kept a secret by the ICO, who would only confirm the business was in North East of the city.

Computer equipment and documents were seized by the officers for analysis.

Enquiries into the alleged breaches of the Privacy and Electronic Communications Regulations 2003 and the laws surrounding unsolicited telephone marketing, will continue.

Andy Curry, who heads up the anti nuisance call team at the ICO said: "Today’s searches will fire a clear warning shot to business owners who operate outside the law by making nuisance marketing calls to people who have no wish to receive them.

"The evidence seized will help us identify any illegal business activities and assist us to take enforcement action, which may include action against the directors, on behalf of the victims who have turned to us for help."