News : Sensing Growth, Teleperformance May Up Headcount to 150K 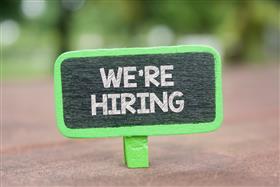 Bengaluru, India, Nov 4, 2019 -- Teleperformance could double its India headcount to 150,000 in the next few years, as the company bets on the country both as a delivery location and as a market, the France-based call centre company’s CEO Daniel Julien and India and Middle East head Bhupender Singh said in an interview.

The business process outsourcing company bought India’s Intelenet last year to grow its digital business and offerings. "We don’t have a target, but the market is growing and we could potentially double the headcount in the next few years," Singh said.

Teleperformance is also looking at smaller cities in India to expand operations, he added.

"We did not have enough scale in India before the acquisition and Intelenet also gave a boost to our digital offerings," said Julien, who founded Teleperformance over 40 years ago.

The contact centre market was seeing consolidation, but Teleperfomance would not buy simply for scale, Julien said.

"There is no point in buying companies that do what we do, but less well. We do not have time to fix problems in other companies. We will buy for capabilities or to get new business lines," he said.

Prior to its Intelenet acquisition, Teleperformance had bought the US and Philippines business of BPO company Aegis.

While there were concerns about technology disrupting contact centre companies, in reality, technology had created significantly new business opportunities — such as content moderation for social media — while automating some tasks had left agents free to focus on the customer, Julien said.