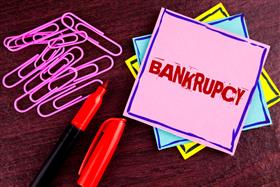 Sydney, NS, Canada, April 24, 2019 -- ServiCom Canada has been granted bankruptcy by the Nova Scotia Supreme Court after the company suddenly shut down its call centre operations in Sydney on Dec. 6, throwing 600 employees out of work.

"ServiCom Canada Ltd., has exhibited to a meeting of its creditors a statement of its assets and liabilities that shows that it is insolvent, or has presented or caused to be presented to any such meeting a written admission of inability to pay its debts," reads a clause in the bankruptcy order.

"With the bankruptcy of the company, the Wage Earner Protection Program Act (WEPPA) comes into play and employees can, with the assistance of the trustee, apply under that program, under certain conditions to get outstanding wages, out-of-pocket expenses, vacation pay and termination pay, if they were employed within six months of the bankruptcy," said Peter Wedlake of Grant Thornton Limited, who was appointed by the court order as bankruptcy trustee.

The company shut down its Sydney operation after it ran out of money and couldn’t secure bridge financing until a new ownership structure could be arranged and implemented. The Sydney site was the only call centre that ServiCom operated in Canada.

While the call centre reopened in Sydney under a new name and owner on Jan. 2, some 530 employees who were left without jobs following the closure in early December, did not receive two to three weeks’ worth of pay, bonuses and vacation entitlements.

"In the hierarchy of debtors, they are preferred creditors," Wedlake said. "But they have another avenue of recovery if they can’t recover anything out of the bankruptcy for their wages. They can get it under this Wage Earner Protection Program Act, which is administered under the federal government. The government actually pays out the claims of the employees for those outstanding amounts and has a claim in the bankruptcy estate against the current assets of the bankrupt company."

Wedlake said the Act wouldn’t be applicable to the employees who are owed wages unless there is an insolvency bankruptcy or receivership of the company of which they were employed by.

The provincial Labour Department had filed a court application for a bankruptcy order against ServiCom Canada.

Wedlake said as trustee he has an obligation to notify the employees of the Act, their rights, the bankruptcy order and to help them file their claims.

"That’s what we’ll be doing with the employees," he said.