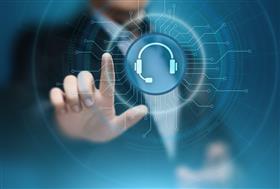 The BBC Radio 4 Christmas Appeal with St Martin-in-the-Fields launched on Sunday 2nd December to help thousands of homeless people, or those in danger of losing their homes. The donation line is being promoted on Radio 4 throughout the week, and cloud communications provider, Sesui, has extended its pop-up cloud contact centre to support what everyone hopes will be a much-needed influx of seasonal goodwill.

"For nine years we’ve applied our pop-up contact centre approach, so that BBC presenters, celebrities and volunteers can take over an everyday office building in central London to receive calls from Radio 4 listeners. It’s not a dedicated contact centre, but for one day each year we’re able to make it one, in order to get those calls answered," said Mr Manveer Mangat, Chief Technology Officer at Sesui.

"This year, we’re taking the idea even further, and we’re throwing open our doors on the Oxford Science Park so that volunteers can take over our office and answer even more calls. Our team will be right by their side, answering calls and hopefully helping change some lives. We know a lost call is a lost donation, so at the same time as running the pop-up contact centres, we’re also sending calls to remote agents in other parts of England and Ireland," Mr Mangat said.

According to Barclays Business’ Charities Report from 2015, 97% of charities agree that there will always be a place for traditional channels – with 62% of charity donations made by phone. St Martin-in-the-Fields’ experience further supports that, as year-on-year the Appeal grows as people phone in to make a human connection and hear how their donation will help make a difference.

During the 2017 Appeal, Sesui helped connect 4,000 calls – 1,000 in the first day. Calls were answered 80% faster than in 2016, thanks in part, to live reports which help the team spot peaks in demand. Call abandonment was reduced by 80% and an automatic card payment system allowed donations to be securely taken throughout the night. All of this helped the St Martin-in-the-Fields Charity raise a record breaking £3 million.

"For nine years Sesui has provided the magic behind the scenes making sure every call gets through," said Mr Tim Bissett, Director of St-Martin-in-the-Fields Charity. "We’re a small team, and on top of our many online and postal donations, we’ll handle thousands of calls in just a number of days. The number of donations we receive in the first week of the campaign would take other charities a year to raise. The only possible way to manage all of this goodwill is through the cloud. Sesui Pop-Up Connect allows us to take up our posts, wherever we need to, to get those calls answered."

Babble is a technology business reimagining how we all work. Founded in 2001, the company has helped 2,000 customers with cloud-based solutions that enhance efficiency, flexibility and customer loyalty.Since it was backed by private equity firm, LDC, in 2017, the company has grown through completing five acquisitions with high recurring revenues. The business has over 10,000 cloud-based users, 10,000 mobile connections and 2,000 CCaaS seats.