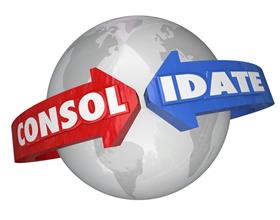 Salem, OR, USA, Oct, 2018 -- Loan servicer Seterus, Inc., is closing its Salem call center, giving an estimated 200 employees the option of moving to the company's Beaverton operation if they want to continue working for Seterus.

Salem officials were disheartened by the news. "It’s always disappointing when you have any kind of business move out of town," Mayor Chuck Bennett said.

The company "will consolidate our teams into our Beaverton office, which allow team members to work more collaboratively in a single setting while making the best use of our real estate," Seterus spokeswoman Sheri Terbenche confirmed in a statement.

Seterus informed employees of the decision Tuesday inside the call center at 4600 25th Ave. NE, also known as the Capitol City Business Center.

"I think it’s fair to call the reaction mixed," said an employee who called the Statesman Journal after the meeting, but asked not to be named for fear of losing his job.

Some people left the room in tears while others clapped at the end of the announcement, the employee said. And someone thanked the leadership team for how the conversation was handled. "I was not among those applauding," the employee said.

Documents given to workers and sent to the Statesman Journal include: "To simplify operations a decision has been made to consolidate Seterus Oregon work locations. The consolidation will allow Oregon-based team members to work collaboratively in a single site setting while making the best of our real estate."

The documents state that workers choosing to move or commute will begin their new jobs Nov. 5 at 14523 SW Millikan Way, Ste. 200 in Beaverton.

"Please make any necessary personal arrangements to begin working in your new work location within the next 30 days," the documents state.

The Salem employee said the company did not offer severance pay. "Any employees that 'choose' not to make the transition will be considered to have left voluntarily," the employee wrote in a later message.

The employee said the workers are not unionized.