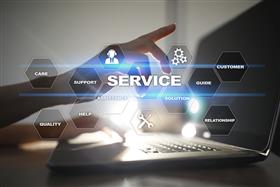 Islamabad, Pakistan, Sept 25, 2020 - Minister for Information and Broadcasting Senator Shibli Faraz launched the Pakistan Citizen Portal Helpline so that the people especially from far flung areas could conveniently file their complaints online and seek resolution of the issues related to different government departments.

Speaking at the launch of the portal helpline here, he said everybody was looking towards the government departments for resolution of their complaints.

The people, who could not travel from far off places and did not have access, could file their complaints at the portal, he added. The Minister said that Prime Minister Imran Khan had issued the instructions that the citizens complaints should be resolved.

Some 2.9 million citizens were registered on the portal, 2.5 million of them had filed complaints with 2.3 million resolved, he added.

The portal provided end to end solution and ensured resolutions of the problems of people, he added.

Shibli Faraz said the distance between the government and the people had ended with the portal. Every aspect was given consideration to take into account the needs of disabled persons and those with unclear fingerprints, he said.

He said the problems of every section of the society irrespective of political and social and economic considerations would be resolved.