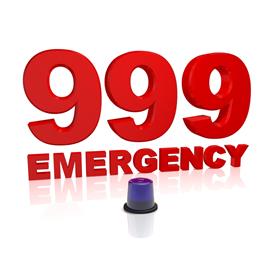 It means 999 calls will no longer be dealt with at the site at Battlefield in Shrewsbury.

Instead, call handlers working from Worcester will deal with calls to West Mercia Police.

The changes will come into force from April 1, according to sources in the force.

Staff working at Battlefield were asked if they would move to Worcester. Only three took up the offer and it is understood12 further members of staff have chosen to take redundancy at the end of the month.

It is understood 18 people have agreed to stay on as a call taker to cover the shortfall until August.

Five divisional radio bays will also be managed by the Worcester Control room. Calls coming in to the control room are passed to geographic 'radio bays' where they are then allocated to officers on the beat.

The Shropshire Star understands that it is normal practice for at least two people to be on each of the five radio bays 24 hours a day, with further people on each bay to cover staff sickness and leave.

The north control room in Worcester is set to close and sources within the force say there are fears that the south Worcester control room will not have enough trained staff to run the bays.

The force is in the process of employing new staff. However they will be employed initially as call handlers and only when they have completed their training will they become a dispatcher.

"Full consultation is ongoing with call handling staff at our current centre at Battlefield, with a number of staff planning to relocate to the new OCC at Hindlip. We are committed to protecting people from harm, and these new centres will help us to achieve this and ensure the public gets the right service first time."

One worker, who wished to remain anonymous, said: "West Mercia are cutting corners. Staff who have only been employed for a short time are being used to train new members of staff and also being allowed to become dispatchers earlier because of the staff shortfall.

"Lack of training, inexperience and poor supervision puts not only the officers' lives in danger but also members of the public.

"Shropshire and Telford divisions will be managed from the south control room where even the supervisors don’t know Oswestry from Bridgnorth. It’s very worrying."

Police and Crime Commissioner John Campion said: "£23.5million has been invested in the new state of the art shared OCC facility, which will bring a better service for the public in communities right across West Mercia.

"The significant improvements around technology, telecoms and estate will allow a more effective and efficient response to emergencies, with the public getting the right help at the right time."

West Mercia Police, formerly known as West Mercia Constabulary, is the territorial police force responsible for policing the counties of Herefordshire, Shropshire and Worcestershire in England.