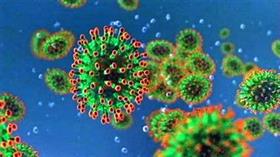 Bellshill, Scotland, July 22, 2020 -- Five other businesses have been linked to an outbreak of Covid-19 at a call centre near Bellshill last week, the Deputy First Minister has confirmed.

John Swinney said a pub, coffee shop and other retail premises had been advised to temporarily close for deep cleaning as they were recently visited by staff from the Sitel contact centre, where 14 workers have now tested positive for the virus.

The SNP minister said something had "clearly gone badly wrong" with working arrangements at the call centre and said investigations were continuing to pinpoint the source of the outbreak.

But he added the central location of the office - it sits adjacent to the M8 motorway and staff hail from across the central belt - meant a local lockdown would not be possible.

A total of 19 virus cases linked to Sitel had been confirmed by Tuesday evening - 14 staff members and five people with connections to the call centre.

All 360 workers at the premises have now been tested, Swinney said, with 307 results processed as of last night.

"There is a very serious situation at this facility, where something has clearly gone badly wrong in the working arrangements resulting in such an outbreak, and we are putting in place all the test and protect arrangements so we can contain the outbreak as far as we possibly can do," Swinney said in an interview with BBC Radio Scotland.

"There are a whole series of interventions that can be made. We have tested staff and have pursued all of the contacts.

"There are five secondary premises who we talking to very actively and they are all cooperating with the test and protect teams in Lanarkshire.

"Some of those have been closed and deep cleaned and members of staff advised to self-isolate.

"We are essentially extending the web from Sitel to see who else may be affected by the outbreak. All of the companies involved are cooperating fully and taking all the necessary precautions.

"When you look at the homes of Sitel staff, this is an office adjacent to the M8 in the centre of Scotland. There's people from the west and people from the east. It's not as simple as applying a local lockdown."

Swinney stressed the number of positive virus cases in Scotland remained "very, very low" but added it was hugely important Scots continued to follow social distancing and hygiene rules as the country emerges from lockdown.