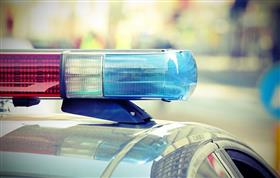 The raid was based on a complaint filed in Thiruvananthapuram by a few businessmen, who claimed that the company had cheated them. "We raided the call centre and found staff speaking in all Indian languages. But the directors were missing," said an officer.

A senior Kerala police officer said that one of the directors Srihari, an engineering graduate, and his friends Ramkumar and Mohinder Singh, along with another friend, started the company in 2013. "As it failed to make profit, they decided to cheat people. Using a friend’s address in Dominica, they started the company and claimed that its headquarters was in North America," said the officer.

The four directors had cheated many people by luring them to trade and earn profit. Srihari had even created a fake online trading site to con consumers by showing fluctuation in prices to make investors believe that they have suffered a loss, the officer said. The modus operandi was to lure businessmen to invest in their company accounts and assure them of converting the investment into dollars for trading. "Once a customer showed interest, a company staff would visit them and install a fake online trading software in their computer. They were also given login credentials," said the officer.

For the first few months, the company showed profits to the customer. "The group has agents abroad and a small sum from the investment, made to their company accounts in foreign banks by gullible people abroad, used to be transferred to the accounts of Indian investors. This was to convince them about profits."

The officer said once the customer invested bigger amounts, the company showed losses.

"Srihari had opened accounts in foreign banks by producing fake address proof. The money invested in Indian banks was also transferred to his accounts abroad and the private banks had not raised questions on this," an officer added.

The police have been making attempts to nab the four since two months. "They don’t talk over phone and conversations are only through WhatsApp and IMO calls," he said.