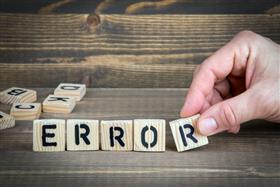 Glasgow, Scotland, April, 2019 -- The catalogue of serious errors includes dozens of occasions where officers went to the wrong address or were delayed in responding to calls. Between August 2017 and December last year there were 182 "notable incidents", according to files obtained under freedom of information laws. Notable incidents are defined as those in which the effectiveness of the response is likely to have a "significant impact" on the reputation of the force.

It comes after a series of high-profile blunders by call handlers. In the most notorious case, John Yuill and Lamara Bell lay undiscovered in a car for days following a crash on the M9 in July 2015 despite police being alerted.

Mr Yuill, 28, died soon after the accident but Miss Bell, 25, lay alive for three days but died in hospital. A report is still with the Crown Office.

Latest incidents uncovered by the Scottish Conservatives include:

Spokesman Liam Kerr said: "In an organisation the size of Police Scotland, there will always be incidents involving human error. But this research sets out scores of cases which, frankly, should never have happened.

"Brave police officers and staff are doing a great job to the best of their abilities, but all too often their needs and welfare have gone ignored."

At the weekend, Scottish Lib Dem leader Willie Rennie accused ministers of "sleepwalking" into another police call-handling "blunder" after staff were hit by pay cuts of up to £6,400.

Chief Superintendent Roddy Newbigging said: "We designed our notable incident process to allow us to pinpoint areas where we can improve.

"This has been positive work which identifies where we can offer additional training, change our processes or share organisational learning with our staff."

A spokesman for Justice Secretary Humza Yousaf said: "The Tories have zero credibility on this after voting against an increase in the police budget.

"In terms of the cases highlighted, the Tories themselves admit they amount to a tiny fraction of the almost 3.5 million calls over the 16-month period.

"Following the government-initiated review of call handling, these rare incidents are now being identified and acted upon."

The Police Service of Scotland is the primary police service of Scotland. It was formed in 2013 with the merger of all eight territorial police forces in Scotland and the specialist services of the Scottish Police Services Authority, including the Scottish Crime and Drug Enforcement Agency. Although not formally absorbing it, the merger also resulted in the winding down of the Association of Chief Police Officers in Scotland.