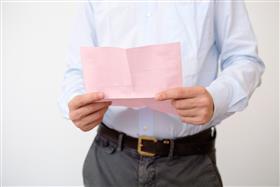 Saint John, NB, Canada, March 29, 2019 - S&P Data has laid off 158 people from its Saint John office and 87 from its Edmundston call centre, the company’s chief operations officer confirmed on Friday.

COO David Borts said the company had to lay off so many people on short notice because a client abruptly and unexpectedly ended its contract with S&P.

"The client that we represented was a client for over 20 years … and they came to us and told us that they were unable to deliver the committed capacity they contracted us for," said Borts in an interview with Huddle.

"Unfortunately the way the client came to us really left us with no other choice but make a really difficult business decision to lay off the staff."

Borts says both of the offices are not closing, and there is still a "skeleton crew" still working at each, which includes a site manager and some IT security.

"We’ve been operating call centres in Canada for over three decades and in that entire lifespan we’ve never had to close a call centre and we never had to do a layoff," he said. "This is something that came as a surprise to us and we’re trying to really manage through [it]."

Borts said the company is working to find another client so the New Brunswick offices can go back into full operation and are working with appropriate agencies to help the laid-off employees.

"We have incredible business associates and managers that are available ready to work and ready to be trained," he said. "We’re working closely with Services Canada to work on transition programs. It’s literally happened overnight, so we’re speaking with ONB and how we can work together to partner with them to help find some transition services. At the same time, we’re trying to find a client we can put into the facilities."

Ron Gaudet, CEO of Economic Development Greater Saint John, says a number of government and industry association partners are already organizing a job fair next week for the displaced workers.

"We have several companies that are looking for those skill sets and there’s a local team that has jumped into full gear very quickly," said Gaudet. "On Wednesday of next week, we will have a job fair. It will be held in [Loch Lomond Place] where the company was. [We’re] reaching out to seven companies that are looking for about 690 people right away."

With so many other contact centres hiring in the city, Gaudet is confident that the gap will be filled quickly.

"What we want people to understand is that we’re in a market place where there is a skills shortage and these things are never easy but business decisions are based on business [realities]," said Gaudet. "We’re confident in this one that the infill will happen and we’re also hopeful that space can be filled in the near term."

When the Saint John office first opened last year, Opportunities New Brunswick (ONB) announced S&P Data was eligible for an investment of up to $3.45 million from the province. Upwards of $3-million would come in the form of payroll rebates, which the government says are performance-based and only disbursed to a company once it has created and maintained the jobs for at least one year, and provided proof of salary levels and employment.

The company would also have been eligible for a $450,000 non-repayable contribution, which will be used to help the company with its hiring targets and lease agreement at Loch Lomond Place.

For the Edmunston office, the company was eligible for $1.875-million from Opportunities NB in the form of payroll rebates. It was also eligible for $300,000 as a non-repayable contribution through the Northern New Brunswick Economic Development and Innovation Fund.

ONB said in a statement that S&P Data has received some of the committed funds.

"ONB has advanced $584,000 of the $5,325,000 committed to S&P under the terms of the two agreements," reads the statement. "The $584,000 includes an upfront contribution of $450,000 when S&P Data met the requirements which included signing a long-term lease and employing over 200 people. ONB has paid $134,000 on the Saint John payroll rebate for 2018. As of today, no funds have been expended through the Northern New Brunswick Economic Development and Innovation Fund."

The organization says it will be working to help affected staff find new jobs.

"Opportunities New Brunswick’s workforce attraction specialists and staff at the Department of Post-Secondary Education Training and Labour are available to offer services to affected employees. We understand there are vacancies in the Business Services Centre sector in both regions of the province and ONB will be working to connect the impacted employees with these open positions."

SP Data is a leading provider of contact center solutions and services to Fortune 1000 companies in the cable, telecommunications, financial services, logistics and energy sectors, taking care of their clients’ most valuable customers and complex problems. It offers customer service and sales solutions as well as social media customer service management and data analysis.