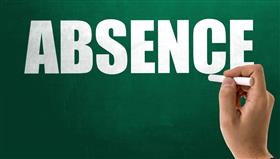 Seventy per cent of calls to the contact centre are targeted to be answered within half a minute. But during the third quarter of 2017/18, the figure was 65 per cent, a drop of four per cent on the previous quarter.

At a council meeting, North Berwick Coastal ward councillor Jane Henderson asked how the centre was performing in the final quarter of the financial year.

She highlighted that the Macmerry-based call centre was the "frontline face of the council".

Tom Shearer, the council’s head of communities and partnerships, said staff absences had "really stretched" the call centre, telling members of the council’s policy, performance and review committee: "It is the first point of contact for customers and it is important we endeavour to have cover there but it has proved to be rather difficult in recent times. We are grateful to colleagues in other services who have provided cover."

However, he was pleased to report that staffing levels were beginning to recover and was hopeful of an improvement in the fourth quarter.