News : Staff at Scandal-hit Firm Made Redundant by EMAIL Just Weeks Before Christmas 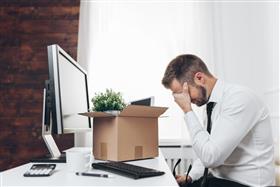 East Kilbride, Scotland, Dec 4, 2019 -- Almost 20 members of staff at salary-scandal call centre AGO have been made redundant just weeks before Christmas – by email.

The redundancies came just a week after workers were issued with new contracts that changed their terms and conditions AND who they were employed by.

We understand that 16 sales reps were let go and two managers, with a third manager resigning on the spot. However, the company have played down the reports.

One worker affected told us: "It’s a complete shambles – they don’t have a clue.

"We got an email on the Thursday saying we wouldn’t be paid until 5pm on Friday. Stuff like that happened all the time.

"You could never rely on when you’d get paid. You would get some of it at one point in the day, and more of it later on.

"There’s loads of us still owed hundreds, if not thousands, of pounds. I never once got a pay slip from them.

"We didn’t get paid on Friday, then we were sent an email saying they were having to let people go and low performers were first to go.

"It was a constant merry-go-round in there. Every Monday there’d be a huge batch of new starts."

The News has been contacted by more than 30 members of staff complaining about AGO, with the majority concerned about outstanding payment, pensions and tax deductions.

Many staff claim they are still owed thousands of pounds by the firm, whose biggest contract is Scottish Power.

But AGO chief executive Kris McGenily told us the blame for the problems lay with Lakemere Global Holdings who he says were the "legal entity" supposed to pay AGO staff.

Lakemere were run by friend of Mr McGenily’s, Liam McCreadie, who started EK Sales Ltd just weeks before calling in liquidators on Lakemere.

The latest contracts issued to staff in last week said they would now be employed by EK Sales Ltd – not AGO as previously stated.

Mr McGenily told us: "We let go eight sales agents who were dismissed due to under performance in line with our expectations.

"All staff were employed by Lakemere until it ceased trading and going forward EK Sales employs all staff."

Worryingly, a number of staff have told us that HMRC have no record of them working throughout the duration of their contract with AGO.

One such former worker said: "HMRC said I had been unemployed for over six months.

"I worked for them for six months and they didn’t pay me my bonuses. I was the best performing sales person in there and they owe me thousands in bonuses.

"They also owe me wages – I’d say they owe me, at least, about £3500. As if that’s not bad enough, now HMRC are telling me there’s no record of me working for them."

A member of staff let go on Friday told us how staff were sent emails telling them they no longer had a job.

Having previously had a bad feeling about the company, the woman – who does not wish to be named in case it compromises her claim with settlement union, ACAS – said she too had contacted HMRC.

She told us: "I’ve to send them information about AGO, but they told me I had not paid any tax, national insurance or student loan contributions in months."

That was backed up by a current member of staff, who does not wish to be named, who said HMRC had no record of him working since starting with AGO in September.

He was told by the company’s HR team that there had been a "delay" in getting him registered, but he says he doesn’t believe them.

"That’s been well over two months I’ve worked there now," the worker said.

"When I started with my last company I was registered within an hour of starting my shift. Now this lot are playing about with my earnings and tax.

More Editorial From AGO Outsourcing