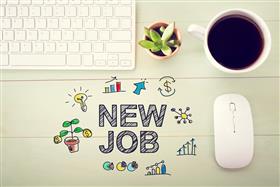 Stoke-on-Trent, England, July, 2019 -- Hundreds of people, who faced losing their jobs after an insurance firm announced it was to close, are to be offered new jobs.

Ageas said it was shutting its call centre in Trentham Lakes, Stoke-on-Trent as part of a reorganisation of its sites.

But it has now come to an agreement with fellow insurance company Atlanta to take over the lease of the office.

Atlanta said it will make job offers to the majority of the staff at the site.

In January it was reported almost 400 people could lose their jobs, but Ageas confirmed there are currently 220 people employed at the Stoke-on-Trent site.

They include telephone advisors, web developers, insurance software specialists and other support roles.

Atlanta, which owns Autonet and Swinton, said the majority of those who chose to accept the offers of employment will remain based at the site in Trentham Lakes.

Autonet already has a base in nearby Burslem.

Atlanta CEO Ian Donaldson said: "As a business which began life in Stoke-on-Trent 20 years ago, we're proud to be expanding in the area and hope to welcome as many new colleagues as possible into the Atlanta family. "

Ageas Chief Customer Officer Ant Middle added: "We're really pleased to be able to offer an opportunity where our employees can choose to work with one of our trusted partners, maintaining their expertise in the insurance industry."

Staff will be given the the opportunity for continued employment with Atlanta, in addition to their already agreed remuneration packages, a spokeswoman for the firm added.