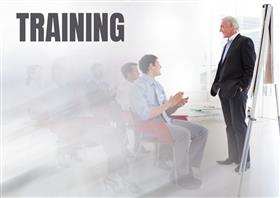 Lincoln, NE, USA, may, 2018 -- The Lincoln 911 call center staff will start training in their updated space. It's just below the Lincoln Police Department. It was the original 911 call center, but now, it's updated.

It's 10 years in the making. While the 911 call center is returning to the same space, its new equipment is state of the art.

Director of Public Safety Tom Casady said, "What they do is absolutely critical to public safety in this community as a firefighter on the street...or a police officer in a patrol car."

The old radio system was not only outdated, but parts were no longer made to fix it. This upgrade will be encrypted to prevent people who want to commit a crime from listening to police or fire's response. It will also accept text to 911.

The public safety radio system is the primary communication between a total of 2,700 police officers, sheriff's deputies, firefighters and 911 center staff. Now, the space can now handle it.

For employees, the most exciting feature is flexibility at each work station.

Communications Coordinator for the Lincoln Police Department Julie Righter Dove said, "We're really tethered. Dispatchers working a law enforcement channel really can't just get up and take a break without someone coming and relieving them."

At least seven people are working at all times. Now, they have the ability to raise or lower the desk space -- allowing them to sit or stand while on the job.