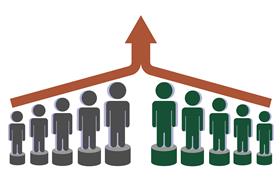 The operating companies will retain their existing trading names in their respective markets, Star2Star in the United States and Blueface in EMEA, with a combined global workforce in excess of 500 people.

"The merger of Blueface and Star2Star represents a game changing event in the unified communications as a service (UCaaS) landscape as it combines the best of proprietary UCaaS technology with an expansive geographic distribution, capability and reach. This merger positions the combined Blueface/Star2Star company as one of the leading platform and service providers that can service businesses of all sizes, partners and wholesale customers globally," said Alan Foy, Group CEO, Star2Star & Blueface. Mr Foy continued, "For now, it is very much business as usual and there will be no change in branding or in the preservation of vital relationships with our partners and customers across our services in Star2Star and Blueface. In the not too distant future, we shall bring further enhanced innovation-led offerings across a full spectrum of products to our partners and customers and to the wider market which leverages the best of both companies' capabilities and talent."

Norman Worthington, Executive Chairman, Star2Star & Blueface said: "The merger of our two companies is a fine example of how two businesses with a similar entrepreneurial culture can work together to challenge the marketplace with an unrivaled full spectrum offering ranging from hybrid to hosted with an array of value added features and services. This merger of Star2Star and Blueface creates a combined company with the breadth of capability, reach and innovation to be a true global leader in the UC space."