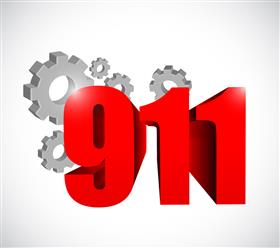 New York, NY, USA, July, 2020 -- Carbyne, a tech startup based in New York, has secured a patent to allow emergency dispatchers to quickly set up a live video stream with 911 callers.

The company’s system will automatically grab the number of a 911 caller, send that number a text with an activation link, and once the link is clicked, it will create a live video session between the phone and the dispatch center, according to a press release.

"For first responders, the ability to connect to a live video feed from an event before they arrive on scene increases their situational awareness and safety," the statement reads.

The company described the technology as being more or less plug-and-play — that is, it doesn’t require big changes to be made on back-end systems, so it could be deployed and used quickly.

"This non-invasive solution does not require any access to the call center protocols, data, or any other platform (except the phone line)," the statement reads. "The cloud native solution can be deployed and disconnected within minutes. To address concerns around data privacy, call centers will not have access to the caller’s camera without permission."

Next-generation 911, which allows for things like videos and texting, remains a relatively patchwork effort across the U.S., with some states farther along than others, according to the National Emergency Number Association.