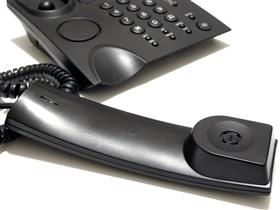 Taylor, PA, USA, Jan 27, 2017 -- Unemployed Pennsylvanians continue to get busy signals instead of the assistance they need when calling for help with their claims.

The state official whose department runs the call centers says those busy signals could continue for months.

The problem surfaced last month when the state laid off more than 500 call center workers.

Labor and Industry Secretary Kathy Manderino says that unless most of those laid off workers are brought back, these busy signals and long waits on hold will continue indefinitely for people trying to get unemployment benefits.

For weeks, people from across the state, like David Fidler of the pine grove area, have spent hours trying to get through on the phone to get the unemployment benefits they need.

"It will be problematic all year round, based on the staff that we have," Manderino said.

Manderino visited the state's unemployment call center in Taylor to see how workers were coping with the extra calls coming there.

Three call centers in Pennsylvania shut down last month after most of the funding for the call center program expired and 521 workers were laid off.

Manderino says if the state doesn't bring back most of those laid off workers, busy signals for those needing help will continue.

"Do I think that things will get better in February than they were in January? Yes, because I know January's a high call volume month. Do I think I have enough hands on deck so that February will be back to normal? No," said Manderino, adding that at current staffing levels, there will still be problems six months from now.

The state legislature is considering three bills that would bring back some of the laid-off workers but this legislation has been stalled in the state senate.