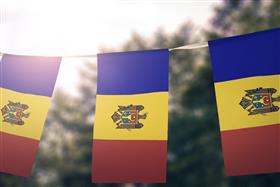 Some 70 employees are based at the new office, which is located in the centre of the Moldovan capital, and will offer IT service desk support in multiple languages, including Russian, English and Swedish, with experts in Spanish and German set to join.

Stefanini launched in Moldova following a one-year analysis of markets across Eastern Europe, during which Chisinau was identified as a city with highly educated employees, who had strong Russian and English skills and a significant number of young IT specialists seeking to develop their skills.

As a result, Stefanini plans to organize an annual internship in Chisinau, during which three recent graduates will be hired to build their skills in the Java and JavaScript programming languages.

Stefanini has a service desk and application development delivery centre based at the Chisinau office. These teams are providing support to major multinational businesses in industries ranging from ecommerce and travel to insurance and telecoms.

"We’re continuing to grow our presence in the Balkans and the launch of our Moldovan office is an important step in allowing Stefanini to recruit talented young professionals who are enthusiastically developing their IT skills. Chisinau has a highly skilled, highly educated and multi-lingual workforce and our office here is an important step for Stefanini," says Eduard Panfile, site operations manager, Stefanini Moldova.

IT Outsourcing services ranging from staffing to applications to Infrastructure support