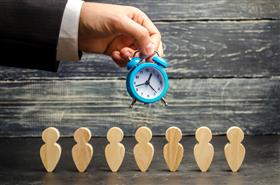 Stoke-on-Trent City Council is planning to reduce the hours when people can phone its contact centre, in order to save £230,000-a-year.

The proposal, which is part of the authority’s emergency budget, would mean cutting the equivalent of 10 full-time jobs.

Council chiefs plan to mitigate the impact of the change by improving the authority’s ‘digital offer’ – particularly by encouraging greater take-up of automated payments.

But members of the corporate services overview and scrutiny committee raised concerns that the proposal would result in more frustrated residents.

Committee chairman Mohammed Pervez said: "When you speak to residents, you already hear that the waiting times at the contact centre are extortionate. I know the council keeps telling us that the call centre is really good, but I question whether that is the case.

"If you’re going to shorten the hours when the call centre is open, you’ll end up with the same number of calls but over fewer hours, and so waiting times are going to get even longer.

"You also talk about directing people to other channels, such as the MyStoke app, but people are complaining about that too, saying they report issues but never get any feedback. So is this the right thing to do?"

The latest figures show, in the last quarter of 2018/19, the city council’s customer services team handled 113,061 calls, with an average wait time of four minutes and 30 seconds across all services.

Compared to the same period in the previous year, this was an increase of 4,680 calls and a reduction in the average wait time of 24 seconds.

The highest level of demand was in relation to council tax, housing repairs and payments.

Council leader Abi Brown said the council was looking to minimise the impact of the opening hours reduction.

"We’re also looking to rationalise the contracts at the contact centre, as the staff there are currently on around 30 different contracts. We’re trying our best to support staff who will be affected by the changes."

Carl Brazier, director of housing and customer services, told the committee that improved digital systems could reduce the pressure on the call centre.

He said: "Around 18 per cent of calls relate to housing repairs. With better IT systems, we could give people other ways of reporting issues, rather than phoning.

"We could also have a call-back system, as other organisations do, which will help us manage the peaks and troughs in demand."

Under the proposal, out-of-hours calls to the council will still be covered by the emergency duty team.

The council is looking to make £5.5 million of savings so money can be diverted towards the authority’s ‘inadequate’ children’s services, following a damning Ofsted report earlier this year.

A public consultation on the proposals runs until October 3. The full council will be asked to approve the budget at a meeting on October 17.

Today's Tip of the Day - Be Creative With Wallboards