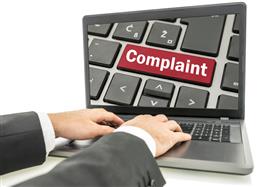 Hyderabad, India, March, 2019 -- After upgrading cVIGIL, a citizen-centric application for registering complaints on election code violations, the State election authority has focussed its attention on improving the reach of the National Grievance Services Portal enabling people to lodge their complaints and give suggestions on improving the efficiency of the election officials.

To begin with, the authorities have evolved a mechanism to ensure that the complaints made online, through telephone and other means are directly uploaded onto the portal without any hitches.

The complaints thus received would be segregated based on their priority and location and would be sent to the returning officers concerned.

This would be followed by daily reports and alerts on the mobiles of the officials concerned relating to the pending complaints under their respective jurisdiction so that action is initiated at the earliest.

The complainants, on their part, would be given a specific identification number after the complaint is lodged so that they can track the status of the complaint online till it is disposed of. For the purpose, call centres have been set up at the district and State levels to receive complaints/suggestions from people.

The Chief Electoral Officer, the District Election Officer and the Returning Officers concerned would be designated to deal with the complaints.

"In addition to the officers at the State level, we have roped in the Election Commission’s call centre so that the officials concerned at the national level can keep track of the complaints received till the election process is completed," Joint CEO Amrapali Kata told The Hindu.

According to her, the election authority has received 11,227 complaints through different means since the previous Assembly elections.

Of these, a total of 10,071 have been disposed of, while redressal process relating to close to 600 complaints is under way.