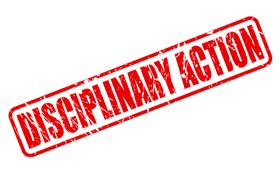 The 10111 call centre workers have been on strike since July this year after demanding salary increases.

Police spokesperson Brigadier Vishnu Naidoo said police management had instructed call centre commanders to take disciplinary steps against employees who chose not to comply with the directive issued on September 28, instructing employees to return to work the following day.

"While the majority of these employees have returned to work, some have not and the necessary disciplinary action is being instituted against those members that have chosen not to return to work," Naidoo said.

Naidoo said an agreement was signed by the Safety and Security Sectoral Bargaining Council (SSSBC) and the Police and Prisons Civil Rights Union (Popcru), which is the majority union in the council.

He said the South African Police Union (SAPU), which initially called the strike, was not a signatory to the agreement, and therefore the strike was "unprotected".

"SAPU has been made aware of the agreement and that they can no longer claim protection of a protected strike. Unfortunately, the strike action continued and all the striking employees were called upon to immediately cease such action and return to duty no later than 29 September 2017 or face disciplinary action," Naidoo said.

On Monday, News24 reported that the SAPS had to deploy police officers to the 10111 call centres.

Call centre workers said they and their families were struggling.

"My family is experiencing this trauma, the kids, the transportation, the lunchbox money. We are feeling the pressure," striking call centre worker Zoleka Hlatshwayo told News24.